What's the relation between IGF-1 and Cancer? 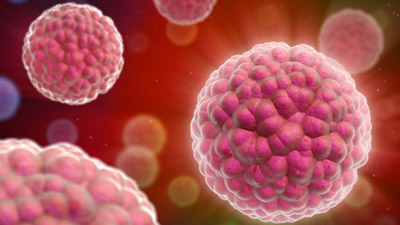 In a previous post I outlined the U-shaped relationship between IGF-1 and all-cause mortality.

A growing body of research shows that IGF-1 has a U-shaped relationship with other health outcomes as well, including cancer. This may come as a surprise, as IGF-1 is well-known to increase cancer risk...

It is well documented that IGF-1 plays a role in cancer development and progression.[1, 2] Population studies shown that high levels of serum (blood) IGF-1 (when compared with low levels, within the normal range) and/or lower levels of IGFBPs are associated with increased risk for several cancers, including premenopausal breast cancer [3-5], prostate cancer [6, 7], lung cancer [8], colorectal carcinoma [9-11], endometrial cancer [12], and bladder cancer [13].
A study in men aged 50 yr and older investigated the relation of baseline IGF-1 levels and total cancer mortality with a follow-up of 18-years.[14]After adjusting for IGFBP-1, age, BMI, waist-to-hip ratio, exercise, current smoking, and previous cancer, it was found that risk of cancer mortality increased in a nonlinear manner with IGF-1 levels; when compared to IGF-1 levels of 40-79 ng/ml, risk of cancer mortality was 60% higher in men with baseline IGF-1 levels of 120–159 ng/ml, 100% higher in men with baseline IGF-1 levels of 160–199 ng/ml, and 160% higher in men with baseline IGF-1 levels of 200-239 ng/ml. This study suggested that serum IGF-1 levels may be an important, readily available marker of the risk of cancer progression and mortality.[14]
More recent findings have shown that IGF-1/IGFBP ratios may actually be better predictors of disease progression than either one of these factors independently. For example, in 51 patients with bladder cancer who underwent removal of the bladder (cystectomy), levels of IGF-1 and IGFBP-3 when measured separately, were not significantly different from those in healthy subjects. However, lower pre-operative levels of IGFBP-3 in these patients, when adjusted for serum IGF-1 levels, were found to be associated with a higher incidence of lymph node metastases and a poorer clinical outcome.[15] Similarly, among a group of markers analyzed, including serum prostate-specific antigen (PSA), IGF-1/PSA ratios, and TNM staging, only IGFBP-3/PSA ratios were identified as a significant variable for relapse-free survival and an independent predictor of survival in advanced prostate cancer.[16]

U-shaped relation between IGF-1 and Cancer