(702) 838-1994 (833) 4-AGELESS
We Have All Your Health & Anti-Aging Needs Covered
The median age for onset of menopausal symptoms is 45-52 years.[1, 2] Symptoms of menopause are a significant problem, affecting nearly 80% of women in the United States between 40 and 65 years of age. [3] HRT (hormone replacement therapy) with estrogen and progesterone is often prescribed to treat symptoms associated with menopause, including hot flushes, night sweats and sleep disturbances.[4] As outlined below, adding testosterone to HRT confers additional benefits.

* Transdermal administration of hormones, especially estrogen, provides a more beneficial effect on cardiovascular risk factors [5] and less risk of blood clots and thromboembolic complications [6] compared to oral estrogen. In addition, transdermal estrogen doesn’t stimulate SHBG (sex hormone binding globulin) production as much as oral estrogen [7], and thus causes less reduction in blood levels of free “active” testosterone. Therefore, women with low testosterone or those experiencing sexual dysfunction and/or depression, may benefit even more from transdermal estrogen than oral estrogen.[8-10]
* The HRT window of opportunity suggests that younger symptomatic women (below 60 years of age) who start HRT around the onset of menopause or within 10 years after the last period, get the greatest overall health benefits, whereas older women treated with HRT for the first time get no overall benefit and may experience more harm.[11-13]
* Bioidentical hormone preparations often come from compounding pharmacies. The benefit of compounded hormone preparations is that they allow for customization of both hormone dosages and hormone mixes (estrogen, progesterone, testosterone and DHEA).[14]
* Progestogen is a term encompassing both bioidentical and non-bioidentical progesterone:
- Progesterone is bioidentical.
- Progestin is non-bioidentical (some examples are norethindrone and MPA [medroxy-progesterone acetate] brand name Provera®).
* The most common non-bioidentical HRT are:
- Premarin® (horse urine-derived estrogens, also called conjugated equine estrogen [CEE])
- Prempro® (a combination of CEE + and a synthetic progestin called medroxy-progesterone acetate [MPA]).
* For women with contraindications for estrogen HRT, supplementation with DHEA and/or testosterone is a viable alternative.

The three types of estrogens - estradiol, estrone and estriol

In daily parlance, estrogen is used as a synonym for estradiol. However, there are three biologically active forms of estrogens: estrone, estradiol and estriol.[15, 16]
Among women at reproductive age, the main estrogen with the highest biological activity is estradiol. Estrone is about 5–10 times less active than estradiol, and only a small amount is produced in the ovaries. It mainly arises from the peripheral conversion of androstenedione. The least active estrogen is estriol. Most estriol is produced by metabolism of estradiol and estrone in the liver, but small amounts may also be produced by the ovaries.[15]
Conventional menopause HRT contains only estradiol (either non-bioidentical or bioidentical). Estriol is recommended by some doctors and may be included in compounded bioidentical HRT preparations. However, it is it controversial among practitioners, even among those who advocate bioidentical HRT.[16-19]

Vasomotor symptoms (hot flashes and night sweats) are among the most notable and bothersome menopausal symptoms, along with mood and sleep disturbances.[20, 21] Vasomotor symptoms may significantly impair quality of life and are also considered risk markers of chronic illnesses such as osteoporosis [22] and cardiovascular disease.[23]
Specifically, hot flashes may mark adverse underlying vascular changes among midlife women.[23] It has been shown that women with hot flashes have impaired blood vessel function (aka endothelial dysfunction) and a greater degree of calcification of the main artery in the body (aorta) [23], which predicts an increased incidence of cardiovascular events.[24] Other data also indicated that hot flashes seem to be a marker for physiological alterations that could be associated with cardiovascular disease.[25]

Do menopausal symptoms subside over time?

A recent meta-analysis found that 2 years before menopause, vasomotor symptoms are present in 14% of premenopausal women (which may come as surprise to many), peaking 1 year (56%) after menopause onset, and then decreasing over the following 5 years (28.9%).[26] In most women vasomotor symptoms has subsided 8 years after final menstrual, but 10% of women reported symptoms up to 12 years after final menstrual period.[26]  A more recent study also shows that the prevalence of bothersome vasomotor symptoms decreases from 51% at 1 year after menopause to 23% at 4 years after menopause.[27]
However, one also need to consider menopause risk factors that aren’t visible, including but not limited to, osteoporosis and cardiovascular risk factors. Even though a correlation has been found between menopausal symptoms (hot flashes) and osteoporosis and cardiovascular risk factors, it is important that these invisible risk factors are being monitored also in menopausal women who do not suffer from vasomotor symptoms. Postmenopausal women who have low levels testosterone (due to low DHEA levels and/or surgical removal of the ovaries) are more likely to develop osteoporotic fractures, depression and deterioration in wellbeing (see below).

Can menopausal symptoms be affected by lifestyle habits?

Why do some women suffer more than others from menopausal symptoms?

Menopausal symptoms, especially hot flashes, shown a great deal of variability in frequency and severity between women.[27, 28, 31] Aside lifestyle factors, one major contribution to this inter-individual variability is the wide distribution of DHEA levels.[32, 33] DHEA (dehydroepiandrosterone) is a natural pro-hormone which the body gets converted to both estrogen and testosterone. In women DHEA is secreted by the adrenal gland and the ovaries, even after menopause.[33, 34]
A notable study investigated the inter-individual variability of DHEA blood levels and the contribution of the ovary to sex hormone (estrogen and testosterone) metabolism in postmenopausal women.[33] DHEA blood levels and its metabolites, estrogen and testosterone, were measured in postmenopausal women aged 42 to 74 years. It was found that the lowest and highest recorded levels of DHEA varied 8-fold between women.[33] The inter-individual variability in testosterone and estrogen levels was even greater, 10-fold for testosterone and 12-fold estrogen.[33] These results explain the lack of menopausal symptoms in some women, and also provide an indication for DHEA supplementation in women with menopausal symptoms. In accordance with this, a study that compared traditional estrogen therapy (CEE) with DHEA found that DHEA was as effective as CEE in alleviating menopausal symptoms, without causing side effects seen with CEE (headache and nausea).[35] 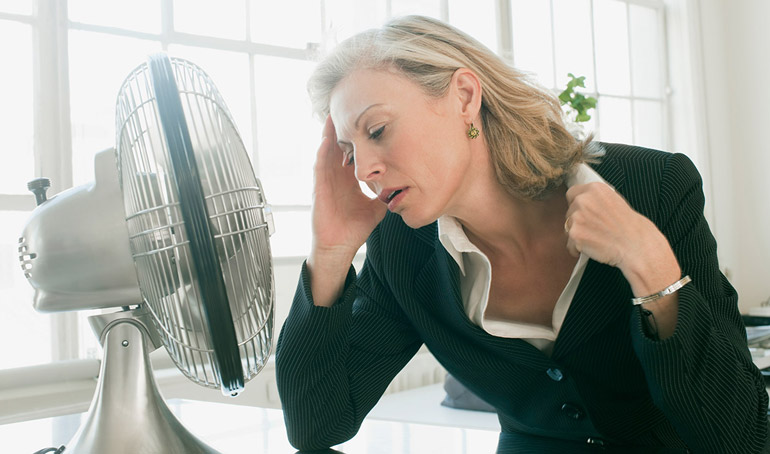 It is not just about estrogen – DHEA, testosterone and cortisol also impact women’s health

The almost exclusive focus on the role of ovarian estrogens for women’s health and menopause issues has overshadowed the dramatic 60-70% fall in blood levels of DHEA, which already occurs between the ages of 20-30 and 40 -50 years.[36-38] Because DHEA is transformed to both androgens and estrogens in tissues, such a fall in blood levels of DHEA(S) explains why women at menopause are not only lacking estrogens but are also likely to have been deprived of testosterone for several years.[37]
Testosterone levels in women decrease progressively from the age of 30 years in parallel with the decrease in DHEA(S) levels.[37, 39] Consequently, it appears logical to use both testosterone and estrogen replacement therapy at peri- and post-menopause in order to maintain a physiological balance between these two classes of sex hormones. This can be accomplished by DHEA supplementation, or by adding testosterone to estrogen replacement therapy (see below).
Another menopause related hormonal change is an elevation of cortisol levels.[40, 41] Studies of women experiencing hot flashes in laboratory situations indicate that a cortisol spike follows hot flashes.[42] In line with this, it has been shown that climacteric symptoms are associated with increased 24-hour urinary cortisol level and risk factors for cardiovascular disease, such as insulin resistance and decreased HDL-cholesterol level.[43] As cortisol promotes development and progression of atherosclerosis [43-45], the elevated cardiovascular risk in post-menopausal women may be due not only to withdrawal from estrogen, but also due to elevation of cortisol. In the same way, menopausal elevation of cortisol may contribute to the increased accumulation of abdominal body fat that comply occurs in women after menopause.[46-50]

Why is Progesterone added to Estrogen in HRT?

Should testosterone be added to estrogen HRT?

The prevalence of sexual dysfunction among all women is estimated to be between 25% and 63%; in postmenopausal women the prevalence is even higher, with rates between 68% and 86.5%.[65] Menopausal HRT effectively relieves menopausal symptoms, and for women suffering from painful intercourse (dyspareunia) due to vaginal dryness, estrogen therapy enhances sexual pleasure and desire.[66] However, progestins can oppose these changes and lead to a recurrence of vaginal dryness and pain.[66]
For some women, sexual difficulties respond initially to estrogen therapy but subsequently revert to their initial problems, especially when the problem has been loss of libido.[66] Another group of women have sexual difficulties that remain unresponsive to estrogen therapy.[66, 67] For these women, the addition of testosterone to HRT increases libido and well-being.[68, 69]
One reason for the lack of, or negative, effect on sexual function in many women taking HRT is that estrogen and progesterone treatment reduces testosterone “the libido hormone” levels [70-72], and women with lower testosterone levels often report low libido.[73] However, it should be noted that some women may be more sensitive to changes in testosterone levels than others.[74]
For example, one study gave naturally menopausal women 2 mg/day of oral micronized estradiol for 12 weeks.[72] It was found that this reduced testosterone levels by 42% and DHEA(S) levels by 23%, while elevating the level of sex hormone binding globulin (SHBG) by 160%. Because SHBG binds to and “inactivates” testosterone, this large elevation in SHBG likely reduced bioavailable testosterone (the active testosterone fraction) even more profoundly.[72] Progestins (levonorgestrel and norethindrone acetate) also lower testosterone levels.[70, 71]
Many studies show that the addition of testosterone to estrogen treatment improves sexual function more than treatment with estrogen alone in postmenopausal women.[8, 75, 76] Consequently, even though there is no universal threshold for testosterone below which sexual dysfunction appears, testosterone deficiency is considered among the underlying causes of hypoactive sexual desire disorder (HSDD).[77]
Another reason to add testosterone to estrogen/progesterone therapy is that testosterone prevents development and progression of breast cancer.[78-87] We will cover this in more depth in an upcoming article.
Summary of combined HRT + testosterone
Menopausal estrogen therapy may induce testosterone deficiency, and combined estrogen + testosterone treatment shows additional benefits on sexual function and wellbeing over estrogen treatment alone. Testosterone also confers protection against breast cancer. This provides a strong argument for concurrent estrogen and testosterone replacement therapy.

Are there any contraindications for estrogen therapy?

Menopause hormone therapy with only testosterone?

For women who have contraindications for estrogen therapy, or who refuse estrogen therapy, there are effective alternatives. Clinical studies show that both DHEA supplementation and testosterone therapy effectively alleviate menopausal symptoms, and also confer significant health benefits.
In an upcoming article we will cover the importance of DHEA supplementation for women’s health, and its use to alleviate menopausal symptoms.
For more info on use of testosterone therapy as a possible alternative to traditional HRT, see our previous articles:
Beneficial effects of testosterone therapy on menopause symptoms and quality of life
Testosterone Therapy vs. Estrogen Therapy in Surgically Menopausal Women - effectiveness comparison
Testosterone in women - is it physiological and clinically important?
(this article refutes the old myth that testosterone is supposedly un-physiological for women) 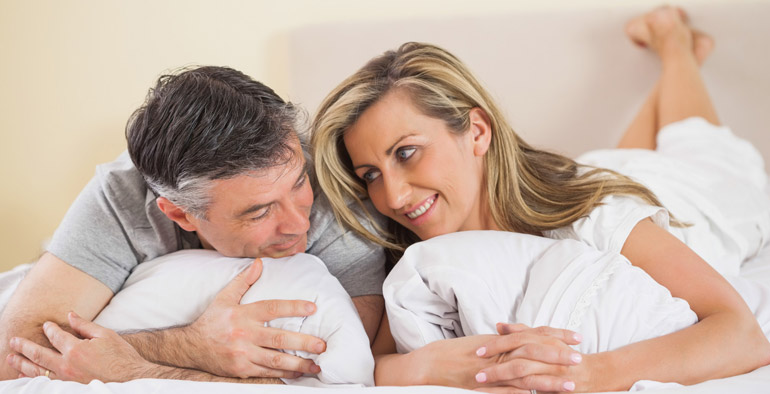 14.          McBane, S.E., et al., Use of compounded bioidentical hormone therapy in menopausal women: an opinion statement of the Women's Health Practice and Research Network of the American College of Clinical Pharmacy. Pharmacotherapy, 2014. 34(4): p. 410-23. 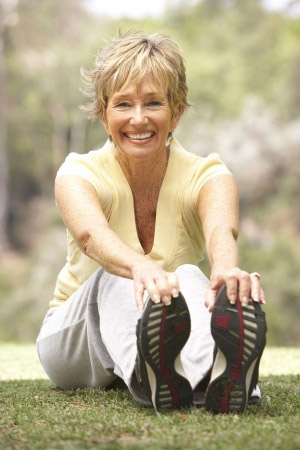 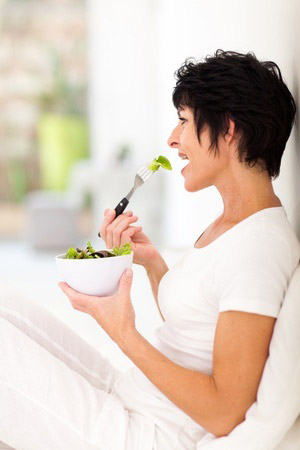