Optimal levels of testosterone is critical for both men and women. While being most known for increasing libido and wellbeing, testosterone also have many health promoting effects.

Today’s modern lifestyle of high stress levels and poor nutrition habits, lack of regular exercise combined with an increased life expectancy have a significant effect on the male body. Our hormones can become imbalanced over time because hormone-producing glands are being required to work harder and longer. Men need to measure their testosterone levels as well as many other vital hormones such as thyroid, human growth hormone and estrogen.

The imbalance of even one hormone causes imbalance in other hormones and can have a declining domino effect leading to disease, aging, degeneration and breakdowns. Andropause is most commonly regarded as a subtle and gradual onset and very slow progression of symptoms. Not all men show andropause symptoms as they age and not all men show a significant decrease in androgens as they age. However, men commonly experience a combination of symptoms rather than experiencing all of the symptoms of andropause.

These symptoms include, but aren't limited, to the following:

We utilize a very simple and very effective screening questionnaire, called the ADAM Questionnaire, which assists the doctor in diagnosing those men who suffer from andropause. However, not all men who screen positively for these symptoms have andropause. The symptoms may be the result of other causes so that a positive diagnosis can only be made with appropriate blood testing.

It is a little-known fact that biological age, not chronological age, determines the aging of our body and its ability to maintain and repair itself. Until around the age of 25, your body is effectively able to regenerate new tissue, create energy and defend itself against disease. But then the balance starts to shift and lose the ability to run up the stairs, hills, or streets the way you did when you were a kid. You wake up tired, and you can’t see or hear or make love as much or as intensely as you did when you were younger.

This healthy balance is more likely to be in your favor when you maintain healthy body chemistry. Long before your body develops degenerative diseases; your body’s chemistry is revealing important clues as to why and how you are losing the youthful function of various organs and systems of your body. Even though you may not show any signs of illness, you may not necessarily be aging optimally. It simply may be that you are not yet exhibiting the advanced signs of accelerated aging. The majority of the American public now realized that an immense chasm exists between medically diagnosed normalcy and optimal health. The problem is the most doctors are reluctant to adopt new sensitive diagnostics and therapies that probe deeper into the biochemical mechanism underlying age-related disorders.

Many signs of aging can be reversed or slowed down with proper analysis and treatment. These include wrinkled skin, poor memory, decreased sex drive, fatigue, increased fat stores, poor digestion, brittle bones, and decreased immunity to disease. Defenses against aging are the latest mechanisms to improve overall health and longevity. 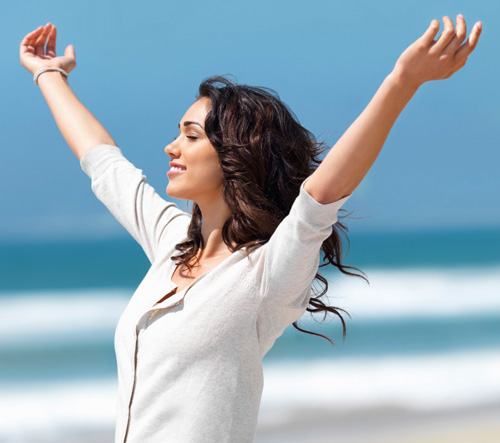 Testosterone is known for being the "male" sex hormone. However, testosterone is equally essential for women's physical and mental health and well-being, albeit in lower amounts than in men.

Even in healthy non-obese postmenopausal women, higher testosterone levels are related to greater maximal aerobic capacity and reduced adiposity, and play a role in the maintenance of a beneficial metabolic state and a healthy body composition and physical function.[5]

At Ageless Forever we measure and monitor testosterone levels, along with many other important hormones, in both men and women.

See our anti-aging news blog for more research based info on Testosterone Replacement Therapy (TRT) for men and women.