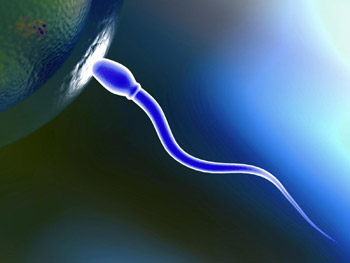 The prevalence of testosterone deficiency (aka hypogonadism or Late Onset Hypogonadism), defined as total testosterone (TT) at or below 300 ng/dl is close to 40% in men aged 45 years and older presenting to primary care offices in the US.[1] Year 2006 is was estimated that more than 13.8 million men over 45 years of age visiting a primary care doctor in the United States have symptomatic androgen deficiency.[1]
A large international web survey using the Aging Males' Symptoms (AMS) questionnaire showed the prevalence of symptomatic testosterone deficiency to be 80% in men aged 16–89 (mean 52 years).[2] It is notable that in the survey 40% of respondent were at younger ages when ‘Late Onset Hypogonadism’ is generally not believed to be occurring.[2] The surprisingly high prevalence of raised scores indicating testosterone deficiency in the younger age groups may be due to the increasing prevalence of conditions in these age groups known to reduce testosterone levels, such as obesity [3-7] and chronic work stress. [8-10] Stress induced cortisol elevation, by increasing SHBG, lowers the free active fraction of testosterone and thereby reduces its action.[11]
This large and rising prevalence of testosterone deficiency is gaining recognition among doctors and patients alike. However, while testosterone replacement therapy (TRT) confers great benefits to men with sup-optimal testosterone levels, it also comes with some side-effects which are especially relevant for men who wish to have a family...Many testosterone users and even clinicians [12] are unaware that exogenous testosterone suppresses the hypothalamic-pituitary-gonadal (HPG) axis and may result in infertility...however, in most cases, TRT induced infertility is reversible. If paternity is of interest to you, read on...
Does TRT really reduce sperm count and increase the risk of infertility?
It might.... Testosterone supplementation (in some cases even in replacement doses, see below) interferes with spermatogenesis (sperm production) by suppressing the HPG axis via negative feedback. This inhibits GnRH (gonadotropin releasing hormone), which in turn inhibits the secretion of FSH (follicle-stimulating hormone) an LH (luteinizing hormone). Both intra-testicular testosterone and FSH are required for quantitatively normal spermatogenesis.[13-15] Suppression of gonadotropins (LH and FSH) deprives the testes of the signals required for both testosterone production and spermatogenesis, leading to markedly suppressed sperm counts in many men.[16] TRT has been reported to cause azoospermia (absence of motile (and hence viable) sperm in the semen) in 40% of patients. [17]
When supplementing testosterone, despite normal-to-high blood levels of testosterone, intra-testicular testosterone levels necessary to maintain spermatogenesis may be too low. Testicular atrophy is a sign that the testes are deprived of LH and FSH, and that endogenous testosterone production is impaired.
What about the functional capacity (motility) of residual spermatozoa?
In healthy men, suppression of spermatogenesis to moderate oligozoospermia (below 10 million per /mL ejaculate, in normal men sperm concentrations exceed 15 million/mL ejaculate [16]) with T enanthate injections 200 mg/wk for up to 10 weeks, was not associated with impaired sperm function of the residual spermatozoa.[18]  However, this finding does not exclude the possibility that disorders of sperm function might occur when spermatogenesis is suppressed further to very severe oligozoospermia (below 1 million/mL), commonly observed in hormonal male contraceptive clinical trials.[18]
Is the loss of sperm count reversible?
Studies on male hormonal contraception using testosterone give insights into the effect and time to recovery of spermatogenesis with cessation of testosterone supplementation. An analysis of 30 studies from 1990-2005, in which sperm output was monitored every month until recovery, was conducted in order to investigate rate, extent, and predictors of spermatogenic recovery after male hormonal contraception.[19] Included in the study were 1,549 healthy eugonadal men aged 18-51 years, who underwent (>1200 man-years of) treatment with testosterone or testosterone -progestagen regimens and >700 man-years of post-treatment recovery. The primary outcome was the time for the sperm concentration to recover to a threshold of 20 million/mL ejaculate, which is an indicator of fertility.
As shown in table 1, the typical probability of recovery to 20 million/mL was 67% within 6 months, 90% within 12 months, 96% within 16 months, and 100% within 24 months. These recovery times are for endogenous (non-assisted) recovery.
Table 1: Probability of sperm recovery to various thresholds

Higher rates of recovery are seen with shorter treatment duration, shorter-acting testosterone preparations, higher sperm concentrations at baseline, faster suppression of spermatogenesis, and lower blood LH levels at baseline. This large analysis of 30 studies shows full reversibility within a predictable time course, and that various predictors affect the rate, but not the extent, of recovery.[19] However, it should be cautioned that return of spermatogenesis may be prolonged for some number of men, which may be of concern for those who still are interested in paternity.
How to speed up recovery of spermatogenesis after TRT or reduce the risk of infertility with TRT?
For those hypogonadal men who desire to protect their future fertility in the near future, testosterone supplementation should be done in a low dose, or temporarily discouraged. As demonstrated in the contraceptive trials, while cessation of testosterone therapy often restores baseline testosterone levels, it might take up to 2 years (if non-assisted). An alternative to TRT is to use HCG or clomid (clomiphene citrate) to increase endogenous testosterone production. HCG and clomid can also be used after a TRT cycle to speed up recovery of natural (endogenous) testosterone production and spermatogenesis.
Coming next...
In part 2 I outline studies that have investigated HCG, HCG+T and clomid for the purpose of increasing endogenous testosterone production and/or speeding up recovery of endogenous testosterone and sperm production after a TRT cycle:
TRT and Fertility – how to get the best of both worlds - Clomid and HCG - part 2