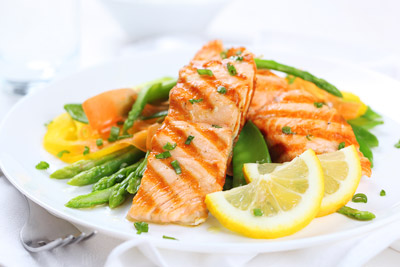 A hotly debated recent study, the SELECT trial, has casted doubt on the well documented health benefits of omega-3 fatty acids. This study found that a higher content of long-chain omega-3 fatty acids (EPA+DPA+DHA) in blood plasma was associated with a greater risk of low-grade (44%) and high-grade (71%) prostate cancers over a 5-year follow-up [1]. Associations were similar for individual long-chain omega-3 fatty acids. Higher linoleic acid (omega-6) was associated with a 25% reduced risk of low-grade and 23% reduced risk of total prostate cancer [1].This has understandably generated confusion among the general public and intense discussions among health professionals and researchers. However, a deeper look at the data and study methodology reveals a different picture...

This has understandably generated confusion among the general public and intense discussions among health professionals and researchers. However, a deeper look at the data and study methodology reveals a different picture...

Insufficient omega-3 levels in all groups

On aspect of this study that immediately jumps off the page is that subjects in even the highest category of plasma long-chain omega-3 fatty acids were insufficiency. The omega-3 levels in this study were even lower than the levels seen with a typical non-fish and non-supplemented diet [2], and were only 40-50% of what would be expected in health conscious people taking the typical health promoting dose of fish oil (providing about 1300 mg EPA + 860 mg DHA/day) [2]. The very low levels of omega-3s was even acknowledged by the study authors in the research paper, but was overlooked by the media. Note that this was not a fish oil supplement study.

Therefore, these results have no relevance for people who eat fatty fish and/or take fish oil supplements. This is underscored by another study where supplementing a low fat diet with 5 g fish oil/day (providing a daily dose of 1000 mg EPA and 1835 mg DHA) was found to decrease prostate cancer proliferation and lower the prostate tissue omega-6:omega-3 ratio [3]. A recent review paper outlining the current evidence linking polyunsaturated fatty acids with cancer risk and progression also points out that larger intakes of omega-3s may be required in order to achieve the anti-carcinogenic benefits [4]. 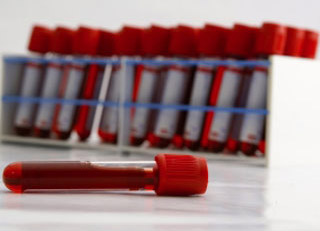 Another important methodological issue with this study is that it measured long-chain omega-3 fatty acids in the blood plasma fraction, as opposed to the more reliable red blood cell (RBC) fraction [5]. Plasma omega-3 changes rapidly with food intake, and does not reflect long-term incorporation of omega-3 into cells and tissues. The potential measurement error can be envisioned by the fact that 24 hours after ingesting a typical fish oil dose (3.6 g), the elevation in plasma long-chain omega-3 fatty acids EPA and DHA is 10-fold greater in than that in RBCs [5]. Thus, the blood plasma measurement in the SELECT trial doesn't reflect long-term omega-3 intakes, and therefore relating such a highly fluctuating measurement to a chronic outcome like prostate cancer is absurd. It also means that an incidental fatty fish meal the previous day before the blood draw easily could have placed in the highest omega-3 level category.

Despite collecting data on other prostate cancer risk factors, no adjustment was made for these in the statistical models [1]. For example, baseline PSA (prostate specific antigen, a blood marker of prostate disease) was higher in those who contracted prostate cancer, indicating pre-existing prostate disease.

Further, more subjects in the prostate cancer group also had first-degree relative with prostate cancer, indicating a genetic influence. This is supported by the identified strong genetic impact on the fatty acid composition in blood phospholipids [6].

Evidence to the contrary

In contrast to the findings in the SELECT trial, numerous other prior studies have found higher intakes of fish oil to be associated with reduced prostate cancer incidence and deaths [8-13].

These contradictory results in the SELECT trial, compared to many other controlled studies, further strengthen the suspicions on its methodological issues.

Long-chain omega-3 fatty acids, like those found in fish oil, have well documented health promoting effects on the cardiovascular system and significantly protect against cardiovascular diseases [14-19], which remain the leading cause of morbidity and mortality in modern societies [20, 21].  Even if there is a slim chance of an increased prostate cancer risk, when looking at the whole picture, for majority of men the benefits far outweigh the potential risk. Thus, daily intake of long-chain omega-3 fatty acids is still recommended for health promotion and disease prevention, even for men.