Artificial Sweeteners and Diet Sodas - do they Help or Hinder Fat Loss? 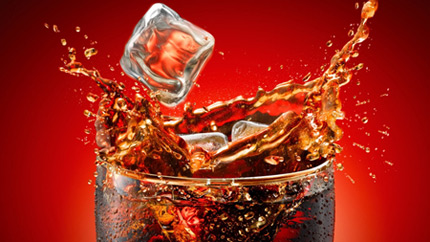 The potential benefits and risks of artificial sweeteners and diet sodas are hotly debated. Critics state that artificial sweeteners and diet sodas are fueling obesity [1, 2], increasing the risk for diabetes and cardiovascular disease [2, 3], and of causing metabolic derangements.[2]
A popular argument against consumption of sweet-tasting but non-caloric or reduced-calorie food and beverages is that this interferes with appetite and physiological energy intake regulation.[2]
In March 2015, an observational study was published which created headlines warning that diet soda intake is linked to growing bellies.[4] However, as is often the case with observational studies that reach contradictory conclusions (see below on the current state of evidence), the study has several weaknesses. To start with - the study, which was small, only included people aged 65 years and older. The data was collected in the early 1990s to early 2000. Thus the study data is over 10 years old now. Importantly, dietary intake data (aside diet sodas) are not available. It should be pointed out that the survey was done during a time when low-fat / high-carb public health campaigns were at their peak and when the general population had a relatively high-carb intake.[5] This low-fat / high carb eating increases fat synthesis in the body and spikes levels of blood fats (triglycerides);[6, 7] this in turn is often associated with obesity and, in particular, belly fat (visceral fat).[8-10] Hence, without knowing calories consumed from fat and carb, the link between diet soda and growing bellies is grossly misleading. And if we were to assume that the result is really caused by diet soda intake, the real life significance of a 0.83 in (2.11 cm) waist gain in diet soda drinkers vs. 0.3 in (0.77 cm) in non-diet soda drinkers – i.e. a difference of half an inch (1.34 cm) over 10 years - is negligible and could as well have been caused by mild bloating. Or simply a measurement error; measuring people’s waist with a measuring tape and reporting those waist measures in two decimal points is a red flag itself.
When looking at the totality of evidence from different types of research in humans (observational studies and interventions studies), the conclusion is that artificial sweeteners and diet sodas do not result in fat gain or fuel obesity.[11-13]
Overall, existing studies using widely differing methodologies in various types of consumers (men, women, lean, obese, never obese, formerly obese), reach largely convergent conclusions: the use of low-energy sweeteners shows no consistent association with an increased appetite for sugar or sweet products [11] To the contrary, in the large majority, the use of low-energy sweeteners is associated with a lower intake of sweet tasting substances.[11] Many studies support this.[12, 13] Findings from observational studies show no association between low-calorie sweetener intake and body weight or fat mass.[12] And data from randomized controlled trials - which provide the highest quality of evidence for examining cause-and-effect outcomes - indicate that substituting low-calorie sweetened options for their regular-calorie versions actually results in a modest weight loss and may be a useful dietary tool to improve compliance with weight loss or weight maintenance programs.[12]
As always, one has to look at the whole picture, there is no single magic bullet or single devil. Many times, a myopic focus on one single parameter distracts attention away from more important issues.
Dr. Taylor Wallace, PhD at the Department of Nutrition and Food Studies, George Mason University, Fairfax, concisely highlights three good points on the topic of “The Real Problem with Consuming Diet Beverages”.
References: