Why you need to look beyond your LDL - “bad cholesterol” - level 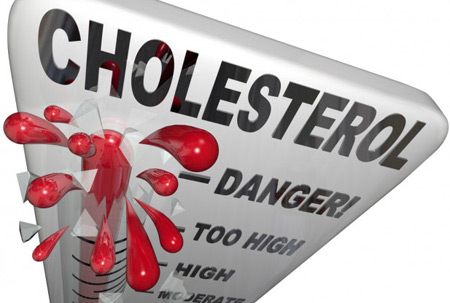 In the United States, cardiovascular diseases account for about 1 of every 3 deaths.[1] The cornerstone in heart disease treatment is reducing elevations of LDL, popularly known as the “bad cholesterol” (see table below “What do the terms mean?”) [2, 3], primarily with statins, the most widely used cholesterol/ heart disease drug.[4]
However, when one looks at the aggregate effectiveness of statin treatment in all studies, morbidity and mortality rates among statin-treated patients still remain approximately two thirds to three quarters of those found in patients randomized to placebo.[5, 6] In the “Treating to New Targets” study there were still 80% cases of cardiovascular disease, despite intensive treatment with high-dose statins.[7]
Thus, many patients – even those treated aggressively with statins to meet LDL goals - have residual cardiovascular risk.[8-13] This remaining risk is associated with low levels of HDL, increased levels of triglycerides, and elevated numbers of small, dense, atherogenic LDL particles.[8, 10, 11, 14-17] and other common metabolic abnormalities that you will find out about in this article...

Why your LDL - “bad cholesterol” - level does not tell the true story...

LDL is the type of cholesterol that has been getting most attention, and still is holding center stage in cardiovascular disease prevention and treatment. However, as it turns out, it is not the best predictor of heart disease outcomes…
In people hospitalized for heart disease, almost half have admission LDL levels below 100 mg/dL [18], which is considered ideal.[19] More than half of the patients have admission HDL levels below 40 mg/dL [18], which is too low. Also, most patients have elevated triglyceride levels.[18] Another study in patients with coronary artery disease found that 63% have low HDL [20], and 40% of patients who do not have any reason to take cholesterol-lowering medications, also have low HDL.[20] This clearly shows that LDL levels do not tell the whole story. In people with heart disease or acute coronary syndrome, the most common lipid abnormality is not LDL, but low levels of HDL, occurring in almost 70% of cases.[21]
It has been estimated that at least 18 million US adults with cardiovascular disease have low LDL levels below 100-130 mg/dL.[22] Most patients who develop heart disease have LDL levels in the “normal” range [23], and men with heart disease have LDL levels that are no different from those in men without heart disease.[24] These statistics clearly shows that we need to abandon the myopic focus of LDL and broaden our view of lipid-related risk factors.

When people talk about cholesterol in general terms, what is being referred to is typically LDL. However, LDL is just a small and simplified part of the puzzle.
A common form of lipid abnormality is atherogenic dyslipidemia, which denotes a constellation of lipid risk factors - the “lipid triad” – with low HDL levels, elevated triglyceride levels, and increased numbers of small LDL particles. Atherogenic dyslipidemia seems to be the principal driver of atherosclerosis development.[25, 26]
Atherogenic dyslipidemia is often seen in people who have enlarged waist lines and insulin resistance, and those who are physically inactive.[2] It also commonly occurs in people with premature heart disease.[2, 27, 28] It is notable that in these metabolic disorders, LDL levels are often normal.[29] In addition it should be highlighted that LDL cholesterol is not part of neither atherogenic dyslipidemia nor the metabolic syndrome; however, both low HDL levels and increased triglyceride levels are part of the metabolic syndrome criteria.[30, 31]
HDL - the "good" cholesterol
It is well-documented that low HDL is an independent risk factor for cardiovascular disease risk.[32-36] Importantly, the increased cardiovascular risk associated with low HDL is greater than that associated with elevated LDL, and persists even after adjustment for other lipid parameters and cardiovascular risk factors.[32] For each decrease in HDL of 1 mg/dL (0.026 mmol/L), the risk of coronary heart disease increases by 2% in men and by 3% in women.[35]
Men with HDL below 35 mg/dL have double the risk of death from any cause and a 4-fold increased risk of heart disease, compared to men with HDL above 54 mg/dL.[33] Women with HDL below 45 mg/dL have 1.5-fold increased risk of death from any cause and a 3-fold increased risk of heart disease, compared to women with HDL above 69 mg/dL.[33]
Notably, the prognostic significance of low HDL is similar whether or not LDL is elevated.[32, 37] The risk of coronary heart disease in a patient with elevated LDL (220 mg/dL or 5.7 mmol/L) and normal HDL (45 mg/dL or 1.2 mmol/L) is comparable with the risk in a patient with well-controlled LDL (100 mg/ dL or 2.6 mmol/L) and low HDL-cholesterol (25 mg/dL or 0.6 mmol/L).[32, 37]
Triglycerides (blood fats)
Early studies failed to convincingly establish an independent association between triglyceride levels and cardiovascular disease and mortality.[38, 39] However, recent data suggests that elevated triglyceride levels and triglyceride-rich lipoproteins contribute to causing premature atherosclerosis and coronary heart disease [13, 39-41], even in people with normal LDL levels.[42]
Compared to having triglyceride levels of 90-149 mg/dL, triglyceride levels of 150-199 mg/dL (borderline-high) and above 200 mg/dL (high) are associated with an increased risk of cardiovascular and total mortality of 9-15% and 20-25%, respectively.[43] In contrast, having low triglyceride levels of below 90 mg/dL is associated with a 6-17% reduced cardiovascular and total mortality risk.[43]
Overall, the risk of cardiovascular and all-cause death is increased by 13% and 12% for each 88 mg/dL (1 mmol/L) increase in triglyceride level.[43] This risk is present even after having taken into consideration other common risk factors, such as age, gender, blood pressure, BMI, diabetes, and smoking. Another study found a 32% and 76% increased cardiovascular disease risk in men and women, respectively, for each 88 mg/dL increase in triglyceride level, independent of HDL levels.[44]
Aside from increasing cardiovascular risk and mortality, elevated triglycerides may increase risk for cancer.[45] These findings suggest that reducing triglyceride levels may help prevent cardiovascular disease and mortality, as well as other causes of death.
Small, dense LDL particles
The LDL cholesterol level is not a good indicator of atherosclerosis and cardiovascular risk, because risk correlates more closely with the number of circulating atherogenic particles than with the quantity of cholesterol carried by those particles.[46, 47] To help understand why the number of LDL particles is more important the amount of cholesterol carried by those LDL particles, one can think of traffic jam, which is caused by the number of cars, regardless of the number of people in the cars.
There is substantial evidence that – at any given LDL level - a preponderance of small, dense LDL particles is associated with greater risk of coronary heart disease, compared to a preponderance of larger LDL particles.[48]  Until recently, an independent effect of small dense LDL had not been established, in part due to concomitant elevations in triglycerides and reductions in HDL.[46, 48-50] However, a recent analysis demonstrated that in three out of four independent laboratory methodologies, the association between small, dense LDL particles and increased atherosclerosis is independent of those other lipid measurements.[51] This highlights the importance of small, dense LDL particles in cardiovascular disease development, as well as the potential risk reduction achieved by treatments that reduce the number of small, dense LDL particles.
You can find out your LDL number and size by getting an advanced lipid panel (as opposed to the standard lipid panel). For more info on that, see my previous article “Blood Cholesterol Testing - don't let the routine standard lipid panel fool you!”

How common is atherogenic dyslipidemia?

Over half of U.S. adults in the general population have lipid abnormalities.[52, 53] While only 28% of the general population have high LDL [53, 54], over half have high triglycerides.[55] Data from the third National Health and Nutrition Examination Survey in the USA showed that low HDL is present in 35% of men (defined as below 40 mg/dL) and 39% of women (defined as below 50 mg/dL).[2] Notably, atherogenic dyslipidemia is highly prevalent even in people with low LDL levels and in those receiving statin treatment.[55, 56] Low levels of HDL and elevated triglyceride levels are even common among patients treated for dyslipidemia.[55]
The large majority of US adults - 70% - are either overweight or obese [57], and about 40% of U.S. adults have the metabolic syndrome.[58, 59] The prevalence of insulin resistance tracks with that of the metabolic syndrome [58, 60], and is reflected in the constantly expanding waistlines of the U.S. population; over half of U.S. adults have abdominal obesity (defined as a waist circumference at or above 40 inches in men and 34 inches in women).[61-63]
The escalating prevalence of metabolic syndrome and expanded waistlines has shifted the risk profile of the population towards people in whom LDL is less predictive of cardiovascular disease, and in whom risk identification is missed by narrow-minded LDL testing and LDL focused treatment.[64]

The unacceptably high residual risk among people on intensive statin treatment clearly indicates that LDL – the “bad” cholesterol – is not the main culprit behind the greatest killer in modern times - cardiovascular disease!
As it turns out, the risk that has been attributed to LDL cholesterol is more strongly correlated to the number of LDL particles than the total amount of cholesterol transported in the LDL particles. Think of traffic jam, which is caused by the number of cars, regardless of the number of people in the cars.
Sedentary lifestyles and expanding waistlines give rise to low levels of HDL – the “good” cholesterol – and high levels of triglycerides (i.e. blood fats). This in turn is accompanied by an elevated number of small, dense, atherogenic LDL particles, and represents the most common form of lipid abnormality - atherogenic dyslipidemia.
Healthy eating and regular exercise are the best ways to prevent and treat atherogenic dyslipidemia. And some dietary supplements - especially niacin (high dose vitamin B3) and fish oil – have greater beneficial effects on atherogenic dyslipidemia that the most widely prescribed cholesterol drug – statins! Without dangerous side-effects.
I will cover the beneficial effects of niacin and fish oil on the prevention and treatment of atherogenic dyslipidemia and cardiovascular disease in upcoming articles. Stay tuned…
References: