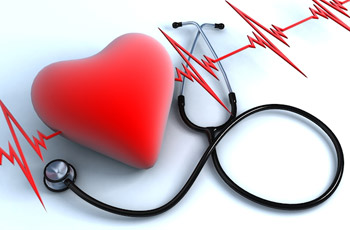 To the contrary of the large body of evidence supporting beneficial health effects of testosterone therapy in hypogonadal men, two recent studies reported that testosterone therapy is associated with an increased risk of heart attack, stroke, and death.[10, 11] The first study, by Vigen et al used a complicated questionable new statistical approach which reversed the actual results demonstrating a benefit for men treated with testosterone.[11] This study has undergone two corrections, with such large data errors that 29 medical societies have called for retraction of the study as it is “no longer credible.”[12, 13]
The second study, by Finkle et al was a retrospective study of a health insurance database that reported rates of non-fatal myocardial infarction in up to 90 days following a testosterone prescription, and compared this to MI rates in the prior 12 months. The authors reported the rate ratio of MI post-prescription to pre-prescription was 1.36, and the rate in men older than 65 years was 2.19.[10]However, the investigators presented the pre-prescription MI rate as if it reflected the natural history of MIs in the study population prior to treatment. This was not the case, because there was no run-in period to determine the natural history of untreated T deficiency. The study group was selected on the basis of having already received a T prescription. This means the pre-prescription MI rate reflects how often healthcare providers were willing to prescribe T to men with a recent (within 12 mo) MI. Any reluctance to prescribe T to men with recent MI would result in a reduced pre-prescription MI rate. Thus, the study substituted physician prescribing patterns for naturally occurring MI rates. This is a serious methodological error. Unacknowledged by the authors, observed MI rates after T prescription were actually substantially lower than predicted by the National Institutes of Health Heart Attack Risk Calculator.[14]
These two studies received widespread media attention, and created a new concern regarding cardiovascular risks with T prescriptions, with little attention paid to the critical methodological flaws in these studies, nor the large number of prior studies showing beneficial cardiovascular effects of testosterone therapy. The media’s embrace of the two reports of increased CV risk with T prescriptions appears due to non-scientific social forces, since it certainly cannot be due to the strength of the studies themselves, both of which are so flawed they are ridiculed at scientific meetings.
The use of weak studies as proof of danger indicates that cultural (i.e., nonscientific) forces are at play. Negative media stories touting T’s risks appear fueled by anti-pharma sentiment, anger against aggressive marketing, and anti-sexuality. This stance is best described as "hormonophobia." [15]The most disturbing reality is that a growing number of men whose health and quality of life is negatively impacted by a highly prevalent testosterone deficiency may fail to receive treatment due to social forces and hysteria that are unrelated to medical science.

The latest study on testosterone therapy and MI by Baillargeon et al examined the risk of myocardial infarction (MI) in a population-based cohort of older men receiving intramuscular testosterone.[5]
In a sample of 25,420 US Medicare recipients aged 65 y and older, a group of 6355 men treated with at least 1 injection of testosterone between January 1, 1997, and December 31, 2005 were matched to testosterone non-users. After adjusting for demographic and clinical characteristics, receipt of testosterone therapy was not associated with an increased risk of MI (hazard ratio [HR] = 0.84; 95% CI = 0.69-1.02).
Interestingly, a significant trend towards reduced MI rates with T administration was noted with increasing quartiles of risk. For men in the highest prognostic MI risk quartile, treatment with T therapy was associated with significantly reduced risk (HR = 0.69; 95%CI= 0.53-0.92). A dose-response analysis demonstrated no increased risk in MI according to estimated cumulative dose of testosterone.
The study concluded that older men who were treated with intramuscular testosterone do not appear to have an increased risk of MI. For men with high MI risk, testosterone use is actually protective against MI. This conclusion is in line with previous studies showing that testosterone treatment in men over 40 years of age is associated with decreased mortality compared with no testosterone treatment.[16, 17]
These results are also consistent with three large meta-analyses that specifically focused on identifying potential adverse effects of testosterone treatment, and reported no significant increases in cardiovascular risks.[6-8]A more recent review of testosterone trials found that testosterone therapy in patients with preexisting cardiovascular conditions, the effect on disease markers has typically been either neutral or beneficial, and does not increase the incidence of cardiovascular events.[9]
An insightful quote from the paper "Testosterone and cardiovascular risk: world’s experts take unprecedented action to correct misinformation" elegantly illustrates the scientific reality:[13]
"Science is complex, and there will always be articles published that yield unexpected or awkward results. Every once in a while, though, it is important for the research and clinical medical community to stand up and say, ‘‘No! This is wrong!’’ We do this for science, for the integrity of medical literature, and most importantly, we do it for the health and welfare of our patients."

12.          Morgentaler, A. Letter to JAMA Asking for Retraction of Misleading Article on Testosterone Therapy. Availible at http://www.androgenstudygroup.org/initiatives/letter-to-jama-asking-for-retraction-of-misleading-article-on-testosterone-therapy, accessed July 2, 2014. 2014.