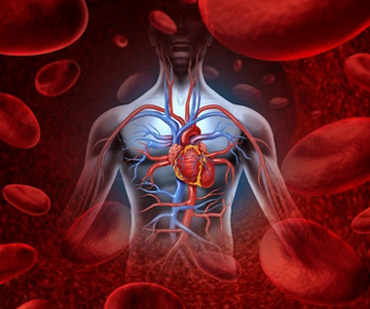 Hypogonadism, also known as testosterone deficiency, is increasing in prevalence worldwide. While a rapidly expanding body of research is documenting the detrimental health consequences of hypogonadism, at the same time there is a prevailing concern and misunderstanding about the effects of testosterone therapy on cardiovascular risk.
In this article I present a summary of a recently published comprehensive review on the association of hypogonadism with cardiovascular risk factors, and the effect of testosterone therapy on those risk factors.[1]

* Testosterone deficiency is highly prevalent in men with cardiovascular disease (CVD) and is associated with an increased mortality.
* Low testosterone also has an adverse effect on several cardiovascular risk factors, which include insulin resistance, diabetes, dyslipidaemia (abnormal amounts of cholesterol and/or fats in the blood), abdominal adiposity and blood vessel (endothelial) dysfunction.
* Animal studies and experiments on isolated cells indicate that many of the mechanisms underlie the atherosclerotic process are beneficially modulated by testosterone.
* Epidemiological studies have shown that men with endogenous testosterone levels in the mid-upper normal range have reduced cardiovascular events and mortality compared to those with low or lower range, and with high range testosterone.
* Testosterone replacement in men diagnosed with hypogonadism, in whom mid-normal range levels are achieved, have shown a beneficial effect on several cardiovascular risk factors, cardiac ischaemia, functional exercise capacity, and improved mortality.
* Studies where patients were either undertreated or given high-dose testosterone have been associated with an increased risk of cardiovascular-related events.
* The critical issue with testosterone therapy is to achieve an optimal testosterone level for every patient. As will most biological parameters, both too low and too high levels are deleterious.

A well documented observation is that the average life span of women is longer than that of men [2] and life expectancy at birth for men is 5-13 years shorter than for women.[3, 4] Persistent sex differences in mortality remain ever after controlling for major risk factors; compared with women, men have 30% to 83% higher risks of death over a 13 year follow-up period.[5]
These sex differences are also present with regard to the onset and progression of cardiovascular disease.[6] Men experience incident CVD events up to 10 years earlier than women [7] and the age-standardized risk of death from CVD has been shown to be 80% higher for men than for women.[8] Even after controlling for major risk factors, compared with females, males are twice as likely to die from circulatory diseases and 2.4 times as likely to die of heart disease over a 13 year follow-up period.[5]
The most consistent sex differences in adult mortality are attributed to coronary heart disease (CHD), which is the most common vascular condition with consistently greater mortality rates and risks in men than women.[9] Women in every country, whether heart disease rates are high or low, are at lower risk of fatal CHD compared with men, despite diverse lifestyles, diets, and workplace conditions.[9] The remarkably similar male to female CHD mortality ratios (2.5–4.5) in adults in 52 countries [9] clearly indicates that there must be an intrinsic biological factor underlying the sex difference in total and CVD mortality.
Because testosterone levels are manifold higher in men than women, in the past, the higher cardiovascular risk in men was attributed to testosterone. The notion that testosterone is "bad for the heart" was supported by case reports of sudden cardiovascular death amongst male athletes abusing anabolic steroids (which are synthetic compunds similar to testosterone).[10-14] However, today there is a large amount of evidence demonstrating that low levels of testosterone are associated with increased cardiovascular morbidity and mortality.[15] In line with this, testosterone deficiency has emerged as an independent cardiovascular risk factor.[16]

What this review adds

This review presents a number of cardio-protective actions of testosterone, and outlines beneficial effects of testosterone therapy on multipe common cardiovascular risk factors like obesity, diabetes, dyslipidaemia, inflammation and coagulation.[1]
Specifically, testosterone therapy has been demonstrated to reduce serum levels of the pro-inflammatory cytokines interleukin (IL)-1beta and tumor necrosis factor (TNF)-alpha, and to increase levels of the anti-inflammatory cytokine IL-10; to reduce vascular cell adhesion molecule (VCAM)-1 expression in aortic endothelial cells; to promote vascular smooth muscle and endothelial cell proliferation; to induce vasodilatation and to improve vascular reactivity, to reduce serum levels of the pro-thrombotic factors plasminogen activator inhibitor (PAI)-1 and fibrinogen; to reduce low-density lipoprotein-cholesterol (LDL-C); to improve insulin sensitivity; and to reduce visceral fat mass. [17]
Atherosclerosis is a major underlying cause of CVD. Animal models demonstrate that hypogonadism increases atherosclerosis, and that testosterone therapy to achieve levels within the physiological range inhibits plaque formation and atherogenesis. While some of the anti-atherogenic effects are mediated via the estrogen receptor, the androgen receptor contributes to the protective effects as well.[1] Evidence for beneficial androgenic action on atherosclerosis comes from the demonstration that the non-aromatisable androgen DHT (dihydrotetosterone) reduces aortic fatty streak formation. Also, androgen receptor blockade with flutamide prevents the protective effect of testosterone on aortic plaque growth.
These mechanistic studies support the hypothesis that an age-related decline in testosterone contributes to the development and/or progression of the atherosclerotic process. This is further supported by the observation that as many as one in four men with CHD have serum levels of testosterone within the clinically hypogonadal range.[17]
Carotid intima media thickness (CIMT) is a commonly used surrogate end point of atherosclerosis. In men there is a negative correlation between total testosterone and CIMT, indicating that hypogonadism may contribute to the development and/or progression of atherosclerosis.
Testosterone also has beneficial effects on the vascular system, which is a direct target for androgen action.[18] Many studies have demonstrated beneficial effects of testosterone on symptoms of angina, blood pressure and erectile dysfunction, likely due to the vasodilatory effect of testosterone and restoration of normal vascular function.
In the past, testosterone therapy was contraindicated in men with heart failure, as older formulations of testosterone led to supra-physiological levels which cause extracellular fluid retention. However, a meta-analysis of more recent randomized, placebo-controlled trials showed significant functional, biochemical and cardiopulmonary improvements in patients with heart failure when treated with testosterone supplementation to levels within the mid-normal range.[19] In addition, an improvement in exercise capacity in heart failure patients was found.[19] It is notable that the magnitude of the improvement in exercise capacity was greater than that seen with other therapies commonly used for reducing morbidity and mortality in heart failure patients (such as angiotensin-converting enzyme inhibitors, beta-blockers and cardiac resynchronisation therapy).
Despite all these beneficial effects of testosterone on the cardiovascular system, testosterone therapy is controversial and concerns have been raised in regard to the safety of testosterone therapy in men with CVD. A few recent, highly flawed studies gave the false impression that testosterone therapy increases heart disease risk. However, several systematic reviews and meta-analyses of clinical trials of testosterone therapy have not demonstrated an increased risk of adverse cardiovascular events or mortality.[20-23] I covered those misleading studies, and presented the latest study investigating the effect of testosterone therapy on heart attack, in a previous article Testosterone Treatment and Heart Attack Risk - new study shows testosterone treatment can even be beneficial. As outlined there, to the contrary of recent media warnings, testosterone therapy may actually confer protection against myocardial infarction.[24]
Consequently, restoration of testosterone levels via testosterone therapy could offer cardiovascular, as well as many other health benefits, in hypogonadal men.[17] Clinical monitoring and titration of testosterone dose is of paramount importance and an obligatory prerequisite for testosterone therapy to confer improvements in health and wellbeing of hypogonadal men.[1] Negative studies showing harm erroneously blamed testosterone, when in fact the blame is to be made on the study designs and treatment protocols. Thus, denying hypogonadal men testosterone therapy is akin to telling people to not exercise because it can cause injuries!
References: