Prediabetes is associated with an increased risk of testosterone deficiency, independent of obesity and metabolic syndrome. 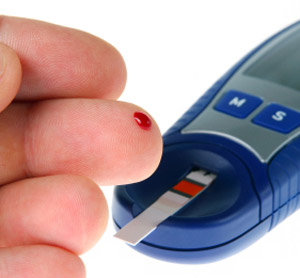 Prediabetes is a condition in which blood glucose level is higher than normal but does not reach the level for diabetes diagnosis.[1, 2] Studies have shown that people with prediabetes tend to develop type 2 diabetes within 10 years, and are at increased risk for cardiovascular disease.[1]

Because the prevalence of prediabetes is affecting such a large number of Americans, and is on the rise, it is important to investigate how this condition might affect testosterone levels. Knowing that can help
detect men who are likely to have testosterone deficiency and might be at risk for health derangements caused by low-T.

This study included 1,306 men whose sex hormones was measured during a medical examination. Serum total testosterone and sex hormone-binding globulin were measured; free and bioavailable testosterone concentrations were calculated by Vermeulen's formula.[9]

Prediabetes was diagnosed if any of the following criteria was met:

The definition was adopted from the recommendations of the American Diabetes Association (ADA).[10]
Study subjects who had their levels below these cut-off were considered normoglycemic and not at risk.

Diabetes was diagnosed if a study participant had a prior history of diabetes or if the glycemic variables for prediabetes reached the criteria for diabetes:

Logistic regression was performed to obtain the odds ratios (OR) for subnormal total testosterone (<300 ng/dL) or free testosterone (<6 ng/dL) in prediabetic and diabetic men compared with normoglycemic individuals, while adjusting for age, BMI, waist circumference, and metabolic syndrome.

After adjusting for the metabolic syndrome, the risk for low-T in prediabetic men equals that of diabetic patients.

Neither prediabetes nor diabetes was associated with subnormal free testosterone in multivariate analyses.

Comment and Conclusion
This study clearly shows that prediabetes, which afflicts a large number of US adults, almost doubles the risk in a man for having low-T, regardless of fat mass, body fat distribution, blood fats, HDL and blood pressure.

Because of the great risk for testosterone deficiency in predibetic men, this study suggests that testosterone should be measured routinely in men with prediabetes, even if they aren't obese.