Got Elevated Liver Enzymes? - Here's How To Interpret Your Liver Function Tests 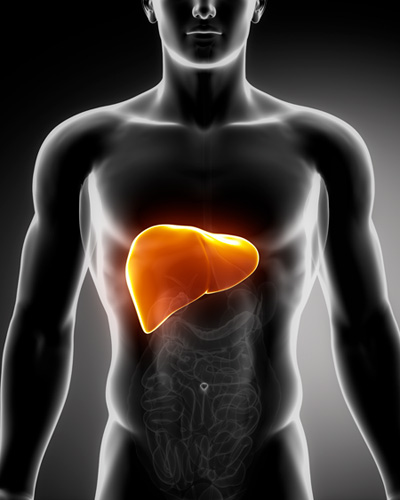 Both exercise, supplements, medications and drugs may cause blood elevations of enzymes that are commonly included in liver function and/or liver disease testing - alanine aminotransferase (ALT), aspartate aminotransferase (AST), and alkaline phosphatase (ALP).[1-6]
Elevations in these enzymes are one of the most common "problems" encountered in everyday clinical practice.[7]
But how does one distinguish pathological elevations vs. those caused by intense exercise?

5 blood tests – ALT, AST ALP, GGT (gammaglutamyltransferase) and bilirubin – are included in liver function tests.[8] ALT, AST and ALP are also included in the Comprehensive Metabolic Panel (CMP), which is part of common routine blood work.
ALT and AST are also known as aminotransferases or transaminases. They are considered good markers of liver inflammation that may impair its function.[9] ALT is regarded as a reliable marker of liver damage or liver disease, as well as an indicator of overall health.[7, 10-12]
The name “liver function testing” is, however, somewhat of a misnomer; these tests are neither specific to the liver - the enzymes are also present in other tissues, e.g. AST is present in a far greater amounts in muscle than the liver - nor true measures of liver function. Rather than assessing functions of the liver, the release of ALT and ALP (and AST to a much lesser extent) from liver cells to the bloodstream indicates liver cell damage or death, and/or blockage or damage in the biliary system (a.k.a. cholestasis), if ALP and bilirubin are elevated).[13] Thus, the term “liver injury tests” would be more appropriate.[14]
True indicators of liver function are tests that directly or indirectly measure substances synthesized or metabolized by the liver, and include albumin (which is part of the CMP panel), prothrombin time (reflecting clotting factors produced by the liver) and bilirubin.[8, 15]

How high elevations in ALT and AST are accepted?

Weightlifting results in profound increases in liver related parameters; these elevations can be prolonged, lasting for 1 week after performing an intense weightlifting workout.[16] Table 1 summarizes blood tests that are commonly used to assess liver function. Note that the normal range values may vary slightly from laboratory to laboratory. They also can vary with age and gender.
Table 1: Non-pathological elevations of common blood tests after strenuous exercise in healthy people.
Data compiled from references [16-19].

* The numbers indicate fold-elevation above the upper end of the normal range, caused by intense exercise, in healthy people.
IU/L = International units per liter
ALT = alanine aminotransferase
ALP = alkaline phosphatase
AST = aspartate aminotransferase
Elevations in these enzymes are proportional to body weight, exercise type (resistance exercise in general increasing levels more than aerobic exercise), and exercise intensity.[17] Anabolic steroid–using bodybuilders have the highest enzyme levels, but the steroid-free bodybuilders and exercising male students also have significantly elevated levels of AST and CK.[17]
For drug-induced liver injury, the ALT cut off point of 5-fold over the upper end of the normal range (or 3-fold if total bilirubin exceeds its normal range by 2-fold).[20] As indicated in the table, intense exercise may rise ALT 5-fold. The question becomes, how does one know if enzyme elevations are a harmless response to exercise, or an indication of liver damage?

How to distinguish exercise-induced elevations in transaminases from those caused by liver disease?

The simplest blood test that should be included when examining liver health in people engaging in regular intense resistance exercise is GGT (gamma-glutamyltranspeptidase). The reason is that GGT distinguishes healthy people with resistance training induced elevations in ALT and AST from patients with hepatitis.[17] One notable study found that bodybuilders (both anabolic steroid non-users and users) both had a GGT level around 30 U/L (normal range for this assay; 8-78 U/L), while hepatitis patients had GGT levels of 212 U/L (i.e. a 2.7-fold elevation above the upper end of normal range).[17] This was confirmed in another study which showed that resistance exercise can cause highly pathological liver function tests in healthy men; while ALT, AST and CK were greatly elevated, GGT was not.[16] Thus, including GGT in blood testing for evaluation of liver status will help differentiation between transaminase elevations due to muscle damage vs. liver damage. While GGT is a simple parameter to measure, it is not included in routine clinical lab panels, and thus has to be specifically requested.
Side note:
Bilirubin – which is also included in the CMP panel - can support a diagnosis of drug-induced liver injury, which often presents with elevated bilirubin levels, often combined with elevated ALP levels and an ALT/ALP ratio below 2.[21]

Do typical doctors know this?

Short answer; most don’t!
Many doctors, even gastroenterologists or internists, don’t know that intense exercise can cause highly pathological liver function/disease lab tests, and they often refer a perfectly healthy person who happens to be exercising – whose lifestyle history has not been taken – to a liver disease specialist.[9]
An interesting survey assessed whether primary care physicians accurately can distinguish between blood aminotransferase elevations caused by intense resistance training and indicating muscle damage vs. elevation caused by drug use.[18] Surveys were sent to physicians listed as practicing family medicine or sports medicine in the yellow pages of seven metropolitan areas. Blood test results showed elevated aspartate AST, ALT and CK, but normal GGT. It was found that 56% failed to mention muscle damage as a potential diagnosis, despite the markedly elevated CK level of the patient. 63% indicated liver disease as their primary diagnosis despite normal GGT levels.[18]

While intense exercise increases ALT and AST in healthy people, in sedentary patients with chronic liver disease - including NASH (nonalcoholic steatohepatitis) - modest physical activity reduces elevated ALT levels caused by the liver disease.[22, 23] In addition, the blood ALT levels in people who exercise at customary levels are lower than in untrained people undertaking the same exercise, and exercising more strenuously than customary may elevate ALT levels.[7]
It should be noted that markers of liver function/disease are also associated with cardiovascular disease.[6, 12, 24] Many studies have linked liver function/disease markers - ALT and GGT levels in particular - to later development of the metabolic syndrome, diabetes, high blood pressure, cholesterol abnormalities and heart disease [25-30], as well as cancer [31] and all-cause mortality.[32]
Therefore, it is critical to look at the complete picture when interpreting liver related labs. A fit regularly exercising person who is not taking any drugs may have ALT and AST levels in the same range as a patient with hepatitis or an alcoholic. This does not mean that the exerciser’s liver is in danger or that he/she will develop cardiovascular disease.

Interpreting the liver function/disease test results requires taking into account the whole clinical picture, as a healthy person who trains hard can have elevations in some labs to the same degree that is seen in patients with liver disease. In this scenario, these elevations do not indicate liver dysfunction, nor impending metabolic syndrome or cardiovascular disease.
When in doubt, make sure your doctor checks your GGT level together with the transaminases (ALT and AST) and ALP that you get from the standard Comprehensive Metabolic Panel. Because GGT is not included in routine clinical lab panels, you have to specifically request it.
References: