Dietary Guidelines on Fat Intake - has there ever been any evidence to support the low-fat recommendation? 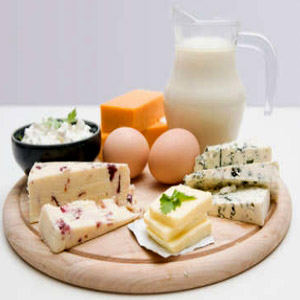 In an effort to slash heart disease, the Dietary Guidelines for Americans [1] have since 1977 been urging people to:
1. Reduce total fat consumption to 30% of total caloric intake.
2. Reduce saturated fat consumption to 10% of total energy intake.
Government issued dietary guidelines are highly authoritative and regarded by a majority as being backed by solid research. However, as it turns out, this is not the case…
Dietary recommendations regarding intake of total and saturated fat are highly controversial, and the debate is heating up. A recent systematic review and meta-analysis of six studies that were available 1977, when the first version of the Dietary Guidelines for Americans was published, shows: [2]
- Dietary interventions that reduce total and/or saturated fat intakes result in no differences in all-cause mortality, and non-significant differences (meaning could be due to chance) in coronary heart disease mortality.
- While lower total fat and saturated fat intakes led to significant reductions in mean total cholesterol levels, this did not result in significant differences in coronary heart disease or all-cause mortality.
NOTE:
As I described in a previous article, total cholesterol levels tells nothing; it is a far too crude measure. One has to look at each cholesterol and lipoprotein fraction, and their respective particle distributions, in order to get an idea about the cardiovascular risk profile. I covered this in more detail in a previous article “Blood Cholesterol Testing - don't let the routine standard lipid panel fool you!”
In the context of this discussion, it is notable that replacing carbs with fat beneficially reduces atherogenic lipoprotein (i.e. cholesterol carrying) particles.[3]
Thus, the available randomized controlled trials (RCT; the gold standard type of study in scientific nutrition research [4, 5]) clearly did NOT support the introduction of these dietary fat recommendations in order to reduce heart disease and mortality.
Astonishingly, five of the six RCTs did not even examine either a total fat consumption of 30%, or a saturated fat consumption of 10%, of energy intake.[2] The trials investigated administration of vegetable oil, the replacement of saturated fats with vegetable oil, and an approximate 20% fat diet. Only one single RCT examined the consequence of a 10% saturated fat diet… and here comes the kicker… reported a HIGHER incidence of all-cause mortality and coronary heart disease deaths in the low saturated fat group.[6]
The conclusion from this analysis is:
“Dietary advice [on fat intakes] not merely needs review; it should not have been introduced.”

Since the 1980s we have been indoctrinated by supposedly authoritative guidelines to believe that dietary fat, and especially saturated fat, is “bad”. Even the most uneducated citizens know how “bad” it is it to eat fat, right!?
This undue focus on total fat and saturated fat as a dietary villain for heart disease has greatly distracted attention away from the risks posed by other foods and nutrients, such as carbohydrates [7-12], processed foods [13-16], and fruits/vegetables.[17-20] In addition, we have to remember that it is not just about eating too much of something harmful; too little of something health promoting may be as deleterious for our health and wellbeing. This brings up the issue of reductionism vs. holism [21], i.e. the importance to look at the whole dietary picture. This is especially important when it comes to saturated fat intakes, as the carbohydrate content of the overall diet will tremendously impact how the body metabolizes ingested fats.[22, 23] In addition, if you reduce intake of one thing, what you replace it with may be even more important.[8, 24]
Perhaps the most disturbing issue is that guidelines originating from authorities are supposed to be evidence based; meaning, based on the totality of evidence.[25] Thus, even if the government issued dietary goals back in 1977 were wrong, one would expect that the accumulating body of scientific evidence over the past few decades, showing that dietary fat is not a villain [26-32], would have impelled the authorities to modify their recommendations….not so!
We can only hope that the 2015 edition of the Dietary Guidelines for Americans - after 38 years - will embrace the fact that science (including nutrition science) is an evolving discipline and finally update their old-school low-fat mantra… the world is not flat anymore!
References:

27.          DiNicolantonio, J., The cardiometabolic consequences of replacing saturated fats with carbohydrates or Ω-6 polyunsaturated fats: do the dietary guidelines have it wrong? Open Heart 2014. 1: p. e000032.