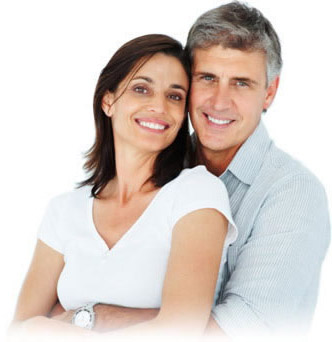 IGF-1 (insulin-like growth factor-1) is a peptide hormone, produced predominantly by the liver in response to pituitary GH (growth hormone).[1] IGF-1 is involved in a wide variety of physiological processes. In adults, IGF-1 has metabolic and anabolic effects, and it mediates many of the effects of GH.[2-4]
GH and IGF-1 levels are reduced with normal aging, a phenomenon called somatopause.[5-7] It has been suggested that somatopause is an age-related GH deficiency state.[5] Somatopause has been considered to contribute to physiological deterioration seen with aging, like reduced muscle mass, reduced exercise tolerance, decreased strength, osteoporosis, increased fat mass, elevated cardiovascular risk, impaired quality of life, cognitive/memory decline and reduced immunity.[7-12] These changes are similar to those seen in classic (non-aging related) GH deficiency (GHD).[13, 14]

Consequences of high and low levels of GH and IGF-1

U-shaped relationship between IGF-1 and mortality

The decline of GH and IGF-1 levels with aging, aka somatopause, contributes to physical deterioration and increases mortality risk. It is interesting that having low-normal IGF-1 levels impose a greater risk of all-cause mortality and cardiovascular mortality than having high-normal IGF-1 levels. However, too high levels have been associated with cancer risk, which is important to bear in mind when undergoing GH (or IGF-1) therapy.
Because there is a U-shaped relationship between IGF-I level and mortality, if you are eligible for and consider GH therapy, it is advisable to aim for IGF-1 levels in the mid-normal range.
References: